In the late ’80s and early ’90s, a brand was born from the Southern California surf scene and swept through the clothing landscape to redefine the look and ideology of casual wear.  That brand was Stüssy, a label that grew organically from youth movements and inadvertently revolutionized the clothing business.  Shawn Stüssy was a surfer who used to shape his own boards for friends and locals in Laguna Beach, California. Stüssy began screening t-shirts and shorts to sell along with the surfboards as a form of promotion; his surname written in a graffiti-influenced hand style was to become the company logo. Stüssy inadvertently fell into the clothing business through his deep-rooted love of surfing, and in a few short years, people were talking within the small, insular world of surf and skateboarding in the late ‘80s. Shawn set up small showrooms in New York and California and hit the road, showing his designs to stores he respected.

The brand grew during a time when epochal shifts that now frame contemporary popular culture were taking place. In the music scene the late ’70s gave us punk, while the early ’80s brought us a new DIY type of music called rap. Punk broke creative and aesthetic barriers and taught us that anyone could have a band. Rap pushed social boundaries and explored the ideas of remixing and sampling. These new ideas and territories created a new modern platform for fashion and cultural expression. The designs and overall aesthetic touched on references from a range of underground subcultures that resonated with Stüssy. This approach appealed to a worldwide network of creative youth who shared a common interest in surf-culture, skating and music. Limited distribution fueled the desire internationally, and those who wanted the gear found it and felt a part of something bigger in the process. 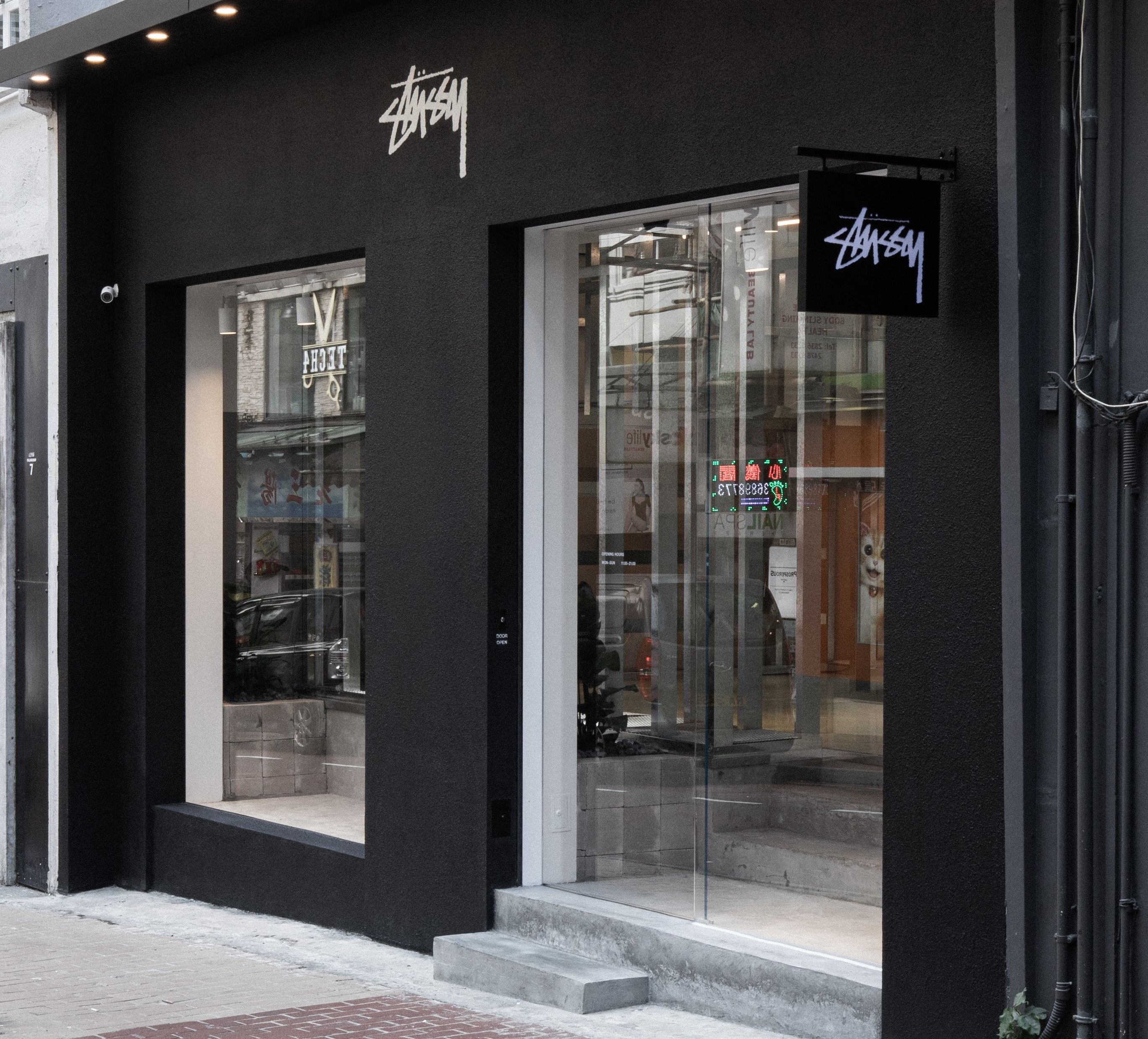 With Stüssy’s success came the opportunity to travel and spread the Stüssy vibe. The clothing was inspired by an international group of musicians, skaters, DJs and artists with similar tastes; trendsetters in New York, London, Tokyo and other areas of the world were eager to get aboard this movement inspired by a network of like-minded individuals. This group of friends later became the “International Stüssy Tribe” with chapters in New York, Tokyo, London, Berlin and Los Angeles. With a strong network of tribe members wearing the brand in clubs and on the scene across the globe, the Stüssy message spread organically. The brand was committed to producing relevant, good quality clothing at a reasonable price available only at very select stores worldwide in limited quantities. This was an entirely new concept at the time, which has since been used to varying degrees of success.